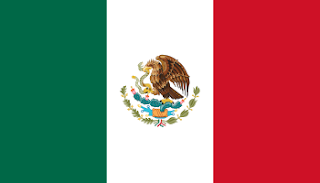 I'm so lucky to teach in the culturally rich city of Chicago. On Mexican Independence Day we have no less than three parades--and cars proudly bearing el tricolor can be seen all over the city.

But, every year on September 16th, I'm haunted by a secret I've been harboring--one that is a source of real embarrassment.  I'm a Spanish teacher who doesn't observe Mexican Independence in class.  I've struggled with how to stay in the target language and successfully relay the significance of the day, during the first two days of Spanish class for the year.  I know, I know--there are great videos of dancers and charros and El Grito...but it has always fallen into the too hard basket for me. Until now.

On September 15, I decided to confront myself and the roadblocks I felt were holding me back. One of my goals this year is to focus more on CI--especially within the first 15 minutes of class--so I knew whatever I presented needed to fit these requirements.  To start, I suspected that the 4th-6th graders would want to complete their Todo Sobre Mi activity we started with earlier in the week, so I wanted  some kind of reading that would help lay the groundwork for the children as they finished that work.  Here's what I did:

1)I headed over to Teachers Pay Teachers. There are literally 100s of options for simple, well illustrated readers for children about Mexican Independence. I chose one I thought would be best for those levels, had clear language well supported by images,  and made copies.

2)I found a video of President Peña Nieto reciting El Grito, got the words to it and wrote it on the board.

3) I looked for any words that the children would need help understanding--I focused on héroes.  In order to help them make meaning of the word, I made a list of some "héroes americanos," like George Washington, Thomas Jefferson(planting the idea of independence), Frederick Douglas, Harriet Tubman, Martin Luther King Jr, César Chavez, Rosa Parks (giving a range of heroes). I also pulled out a small print I have of Padre Hidalgo and put it next to his name in El Grito.

1) Children came in to mariachi music playing, and they found their Todo Sobre Mi work on the tables. I used TL to show that they needed to finish up the work and move on to reading the book on the table.

2) When children finished their work and read the booklets, I started a brief presentation about the day, referring to the calendar, the Mexican flag on the wall and my world map, telling briefly the story--that Mexico was a colony of Spain and fought for independence. I also referred to my calendar card for julio and compared it to the 4th in the USA, doing comprehension checks all along the way. (It was exciting--they were with me!)

3) I told the story of El Grito and acted out being the president...as they would see in the video, (highlighting los héroes, Padre Hidalgo)--they were all in. We practiced El Grito--and each class enthusiastically shouted Viva! after each phrase.

4) Finally we watched President Peña Nieto and the children enthusiastically chimed in. The lesson finished up with a 20 second TV commercial for El Grito Chicago--an annual celebration on Sept. 15 held in Pilsen--highlighting the strong Mexican American presence in our city.

During the lesson I heard lots of "Oh I get it!" Saw many thumbs up with "Entiendo!" It was just the start to the year we needed.

Looking back on it, I thought "Why was that so hard?" "Why didn't I do that before?"  But instead of lingering on those questions, I'm choosing to celebrate growth--it was hard for me and I figured it out.   That's what I want to remember the next time I encounter something that's challenging in my teaching.

Posted by Valerie Shull at 5:25 AM No comments:

When It's Time To Move On 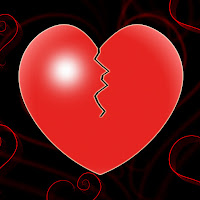 At the beginning-- shiny and new, full of possibility, I was thrilled. At first, I felt like I had found the one, was on the right path. I was so sure, grounded, in control. But as time wore on, we started arguing.  Where I wanted depth, I only found the superficial. I didn’t believe in explicit, out of context grammar anymore, and where I sought excitement, there was only bland culture and no real life experiences. I got bored. And finally, I faced it. We were over. It was time to break up.


I was on my own again, well, just me and the kids. At first I felt lost, and relied on what I knew from my own childhood, but that wasn’t working either. At last, I sought support. A great  group brought me comfort and guidance--headed up by the likes of Laura Terrill, Donna Clementi, Helena Curtain and the online community for folks like me, #langchat. And then I started just listening to the kids and it made the journey feel alive again.


The fun and excitement are back--no arguing, no regrets. Only growth and forward movement.  For me, and the kids.
Posted by Valerie Shull at 5:50 AM No comments: